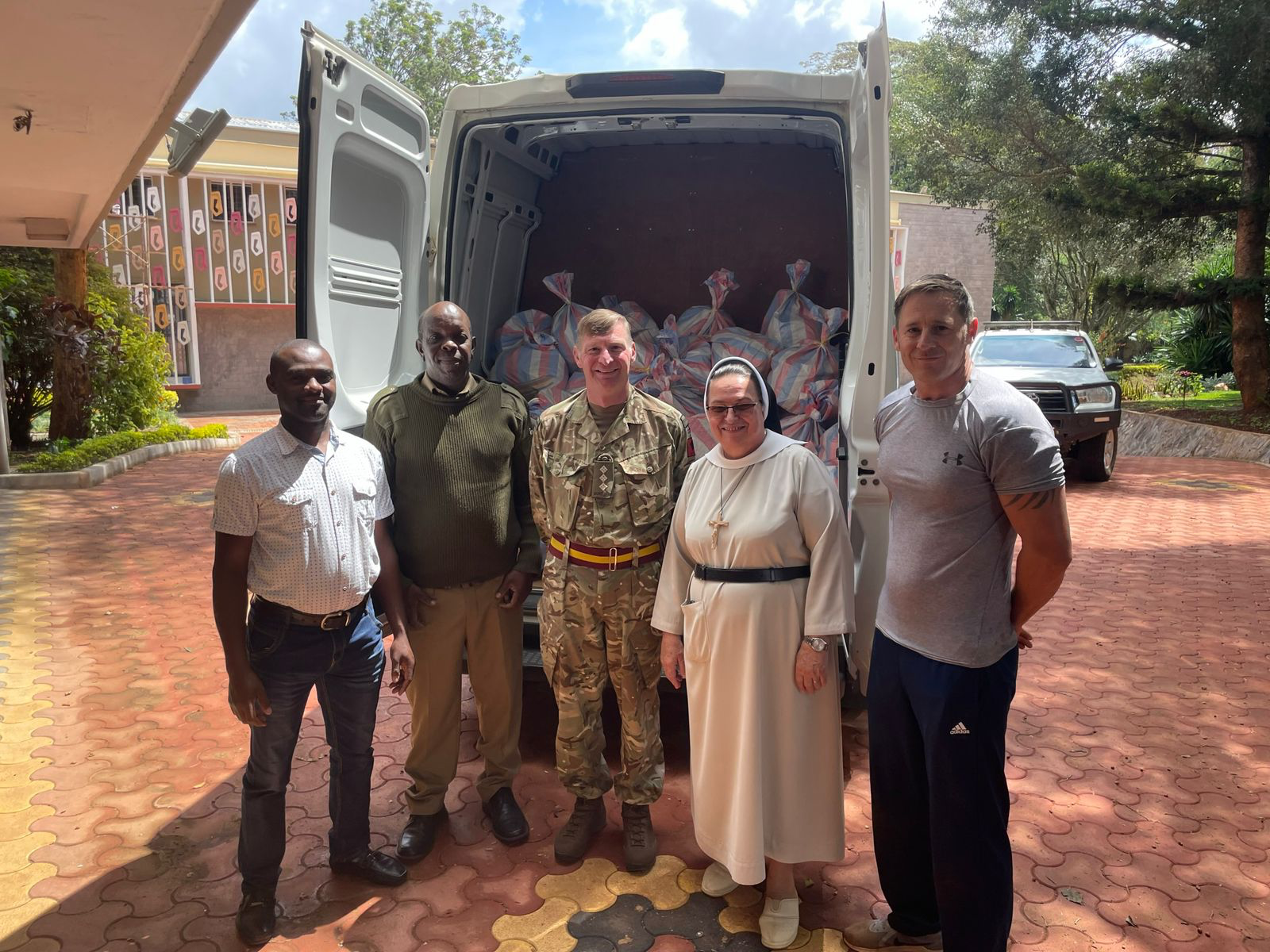 The Ambassador of the Embassy of the Order of Malta to the Republic of Kenya HE Wilhelm von Trott zu Solz donated Christmas food hampers within Nairobi and to those affected by the drought in the Laikipia and Embu Counties, Kenya.

Thanks to HE the Nuncio, Archbishop Albertus Maria Van Megan and Sister Ruth Stawska, the Superior at the Apostolic Nunciature in Kenya, worthy recipients were found way up in the North of Kenya.

The Christmas Hampers were delivered to the Nunciature by the 4G Capital team and temporarily stored, but they needed to be in Nanyuki, a five hour journey away. Transport is always a problem to get to these remote areas; the Embassy approached the British Peace Support Team (Africa) – BPST(A), a British Army training team in Kenya, and asked for their assistance.

The Commander of BPST(A) Colonel Alex Wilson said he could help and the hampers were duly collected on the 14th December.

The hampers were then driven up to the Consolata Sisters at the Mother Angela Huruma Mission Hospice in Nanyuki, for distribution by the resident Sisters to their patients in the Hospice and to those families affected by the drought in the wider Mount Kenya area. The hospice was started in the year 2002. The hospice is mainly for the terminally ill patients and the elderly. We also have those patients who are rejected by their families and relatively. The hospice has a capacity of 80 patients and we have 8 sisters who are managing the hospice.

Colonel Wilson said that he and his team were delighted to be able assist those in need, in this small way; Merry Christmas to everyone.

The Ambassador and the Embassy Team at the Order of Malta Embassy to the Republic of Kenya takes this opportunity to wish all the readers a Very Merry Christmas and succesful 2023. 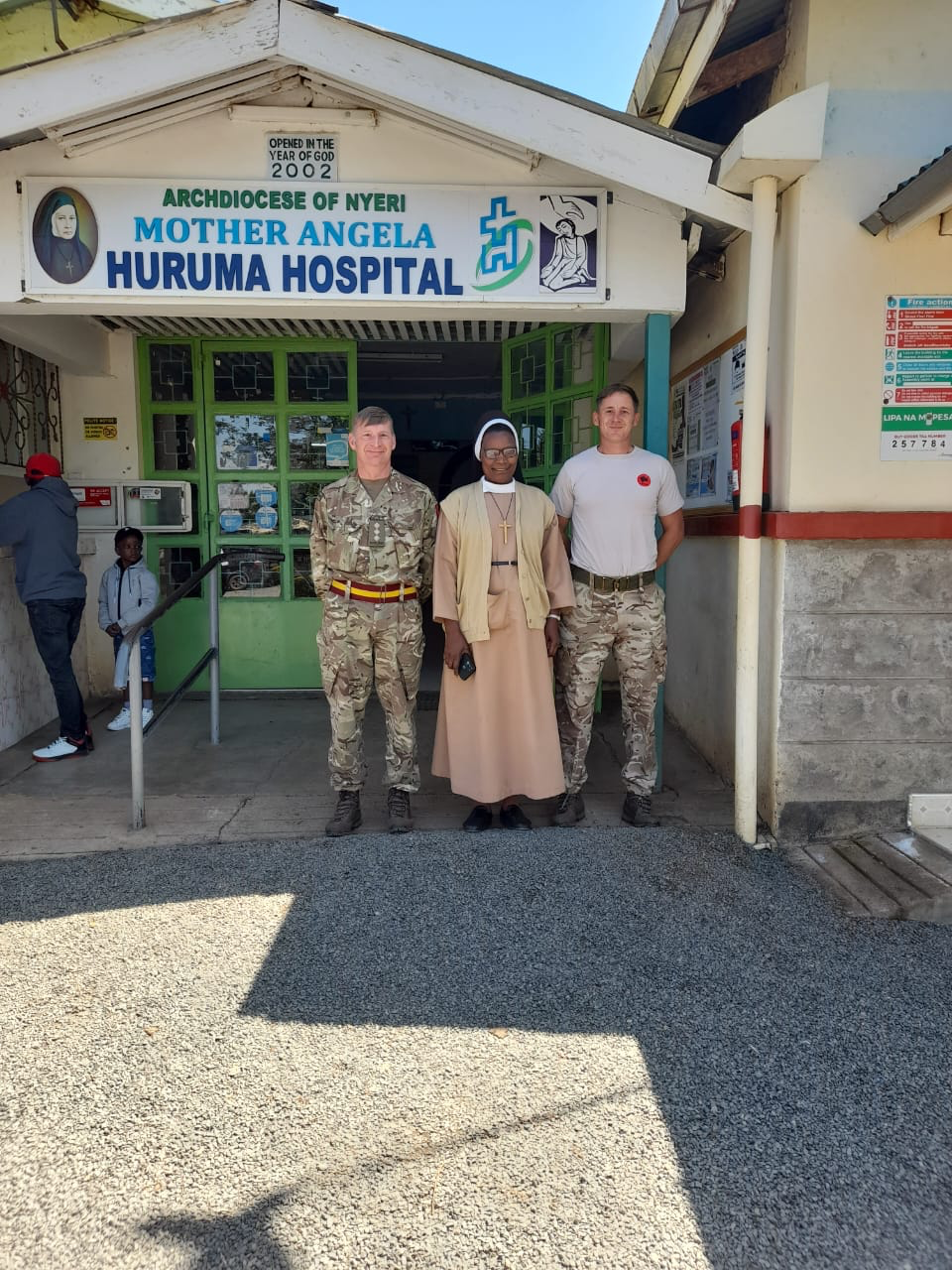 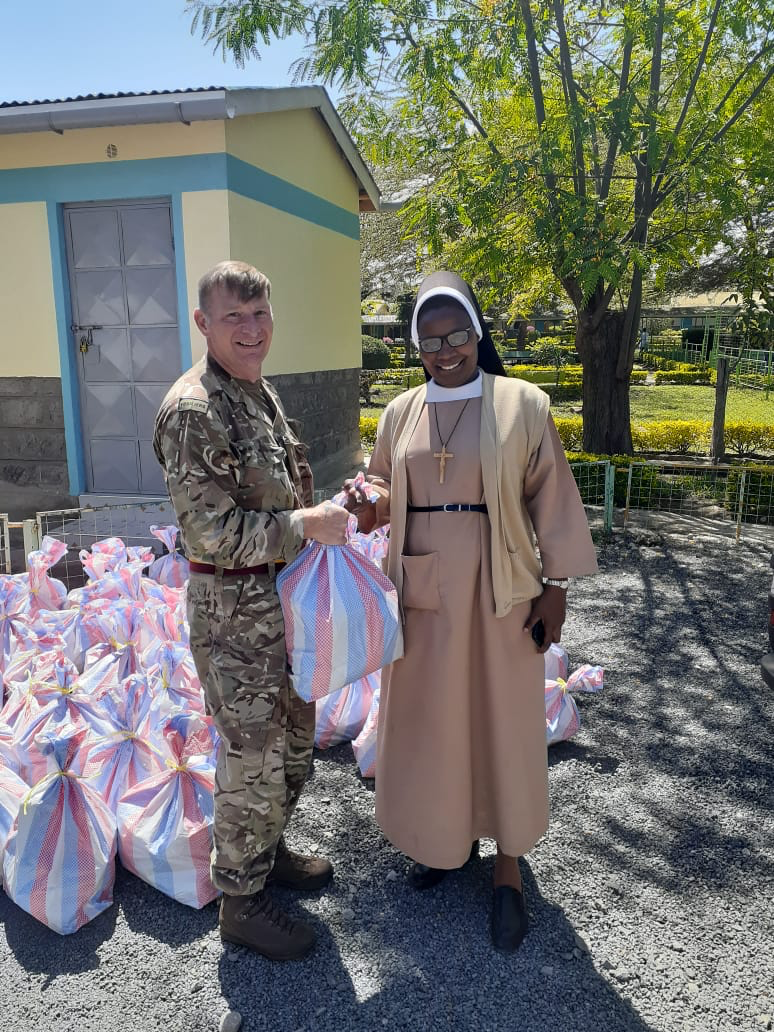 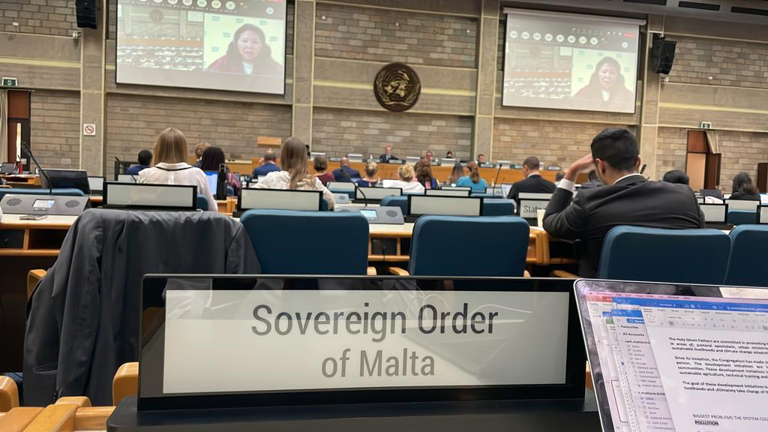 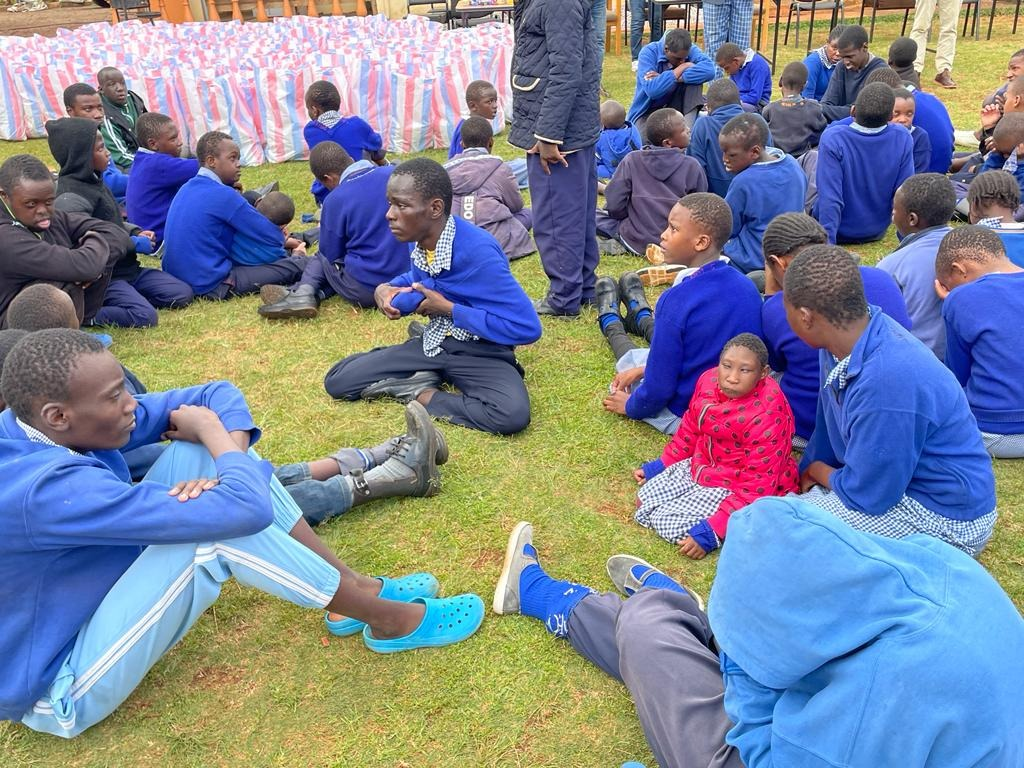 HE Wilhelm von Trott zu Solz the Ambassador of the Order of Malta to Kenya instructed the Embassy to donate €2500 for much needed Christmas food hampers to share the joy of Christmas with the Waithaka Special School in Dagoretti Village, Nairobi, Kenya.